Lynn Feiger has obtained the largest damages awards for employees in the Rocky Mountain area.

In June 2012, Ms. Feiger received the Mary Lathrop award from the Colorado Women’s Bar Association for lifetime achievement in the legal profession.  In 2006, she settled a large class action against the Denver Mint on behalf of its female employees, obtaining $9 million in damages and significant affirmative relief.  More recently, she represented the named charging parties against Outback Steakhouse in a settlement obtaining $19 million in relief for class members.  She has obtained judgements and/or settled cases against many of the largest employers in Colorado.

Ms. Feiger has been practicing employment law for more than four decades. She tried (and won) the first sexual harassment case in the country and has been successful in obtaining many landmark decisions in Colorado on such issues as the enforcement of handbooks and the right of employees to oppose illegal actions by their employers. She currently specializes in multi-plaintiff and complex employment cases. In 2015 she was successful in obtaining a $14,000,000 verdict in Federal court against Matheson Trucking, Inc. (http://www.denverpost.com/2015/02/11/denver-jury-awards-nearly-15-million-in-racial-discrimination-case/) In addition to her litigation background, Ms. Feiger has a special expertise in employment counseling and settlement negotiations. In this regard, she has a special informational website for employees: www.ColoradoEmployeeRights.com.

Many of the plaintiff employment lawyers in Colorado have been trained by Ms. Feiger.  She has been listed in The Best Lawyers in America for several decades and has also been designated one of the top plaintiff’s trial lawyers in Colorado.  She also is a fellow of the American Bar Association’s College of Employment Lawyers and is one of the founding members and former President and Board Chairperson of the Plaintiff’s Employment Lawyers Association. 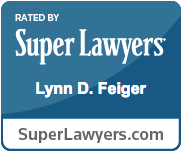 TELL US ABOUT YOUR CASE!